‘Leaving no one behind’

The Austrian Federal Government present the Austrian Report on the implementation of the Agenda 2030 in July 2020 at the High-Level Political Forum of the United Nations. To help implementing the SDGs and contributing to the report, cooperation between Austrian stakeholders of the public, the private and the civil society sector was strenghtened. Engagement of stakeholders in the form of a structured and coherent nationwide mechanism that takes into account the provinces, municipalities and the civil society was recommended by the Austrian Court of Auditors after carrying out an audit of the implementation of the 2030 Agenda. Building on these needs, the at that time Austrian Federal Ministry of Labour, Social Affairs, Health, Care and Consumer Protection organised four multi-stakeholder workshops on specific topics relevant for achieving the SDGs.

The European Centre is a UN-affiliated intergovernmental organisation based in Vienna. Its purpose is to foster the collaboration between governments and organisations in the field of social welfare by providing applied social science and comparative empirical research on social policy in the UN-European Region, forging the evidence-base for social policy-making and mutual learning on social welfare issues and initiating future-oriented public policy debates on social welfare issues by networking across the UN-European Region. The know-how and experience of the European Centre was used to support the Austrian Social Ministry in implementing the multi-stakeholder workshops. 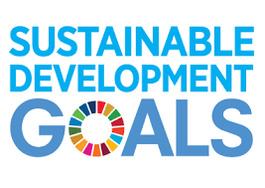