The European Centre is a UN-affiliated intergovernmental organisation based in Vienna. Its purpose, as laid down in a series of formal Agreements under international law between the United Nations and the Federal Government of Austria as the Host Country, is to foster the collaboration between governments and organisations in the field of social welfare. It is registered as an association under Austrian Law (Register of Associations ZVR 583470062). The main tasks comprise the exchange of professional experiences, research, and the maintenance of relations between UN-European countries and institutions active in the field of social welfare.

Research activities within the Centre are organised into two larger units, the Work and Welfare Unit and the Health and Care Unit. 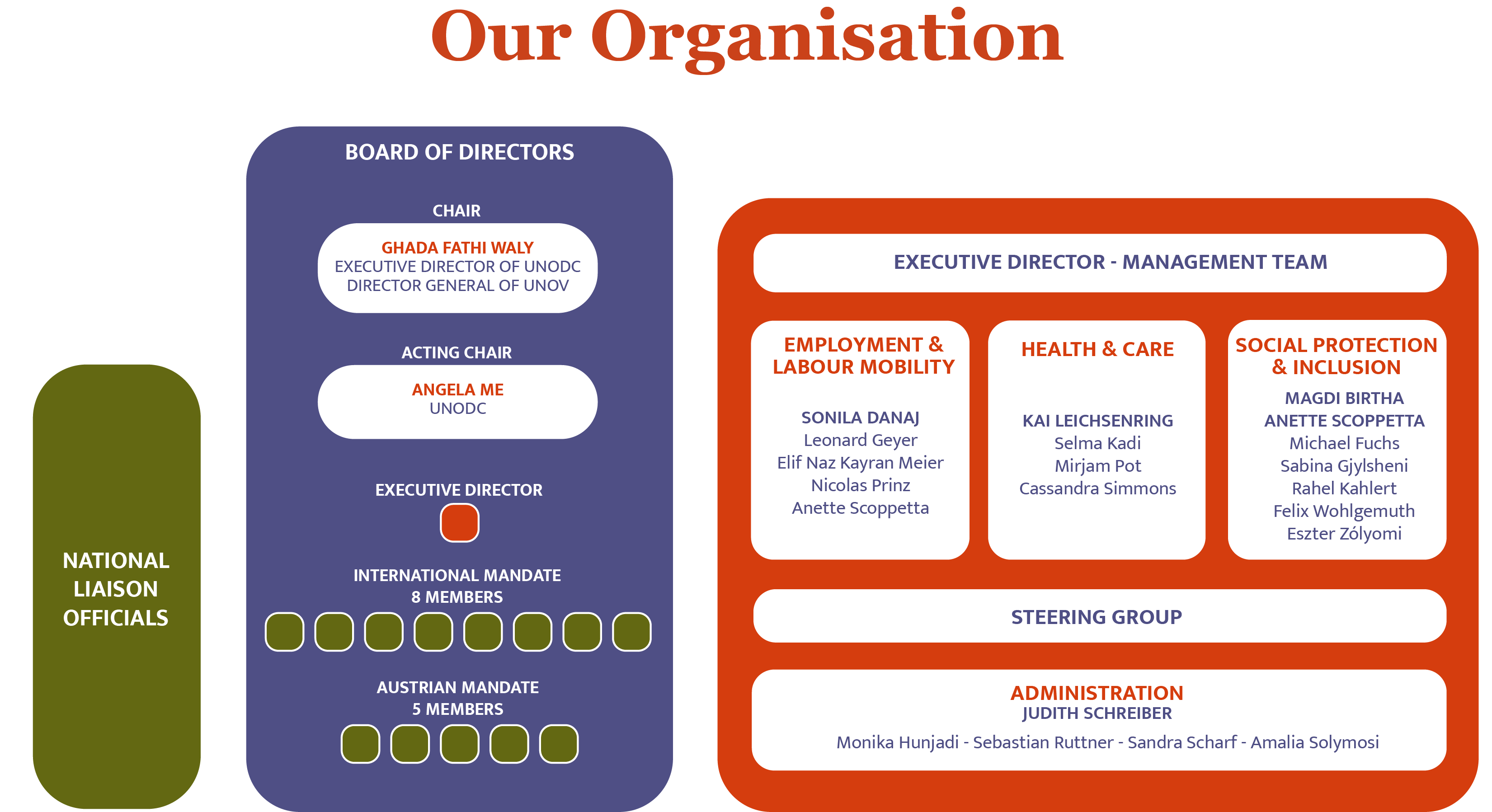 The Board is convened annually at the initiative of the Chair. It considers all matters of the Centre relating to the previous year's activities and the activities scheduled for the coming year.

The European Centre's Board of Directors consists of

The Board Members appointed by the Secretary-General of the United Nations are nominated and appointed as (i) experts in the field of social welfare and development, (ii) nationals of States, other than Austria, collaborating with the Centre, and (iii) representing countries at different stages of social and economic development.

Ministry of Health and Social Affairs

How to get to the European Centre