Our findings in the recently published Study on Intergenerational Fairness show that young adults (18-24) in most European Union countries experienced the strongest decline in disposable income during the economic and financial crisis from 2007-2014 while older generations (65+) saw the strongest relative income growth. The decline in young adults’ income was primarily driven by a drop in employment (market) income which was only marginally counteracted by automatic stabilisers like unemployment benefits or policy changes. 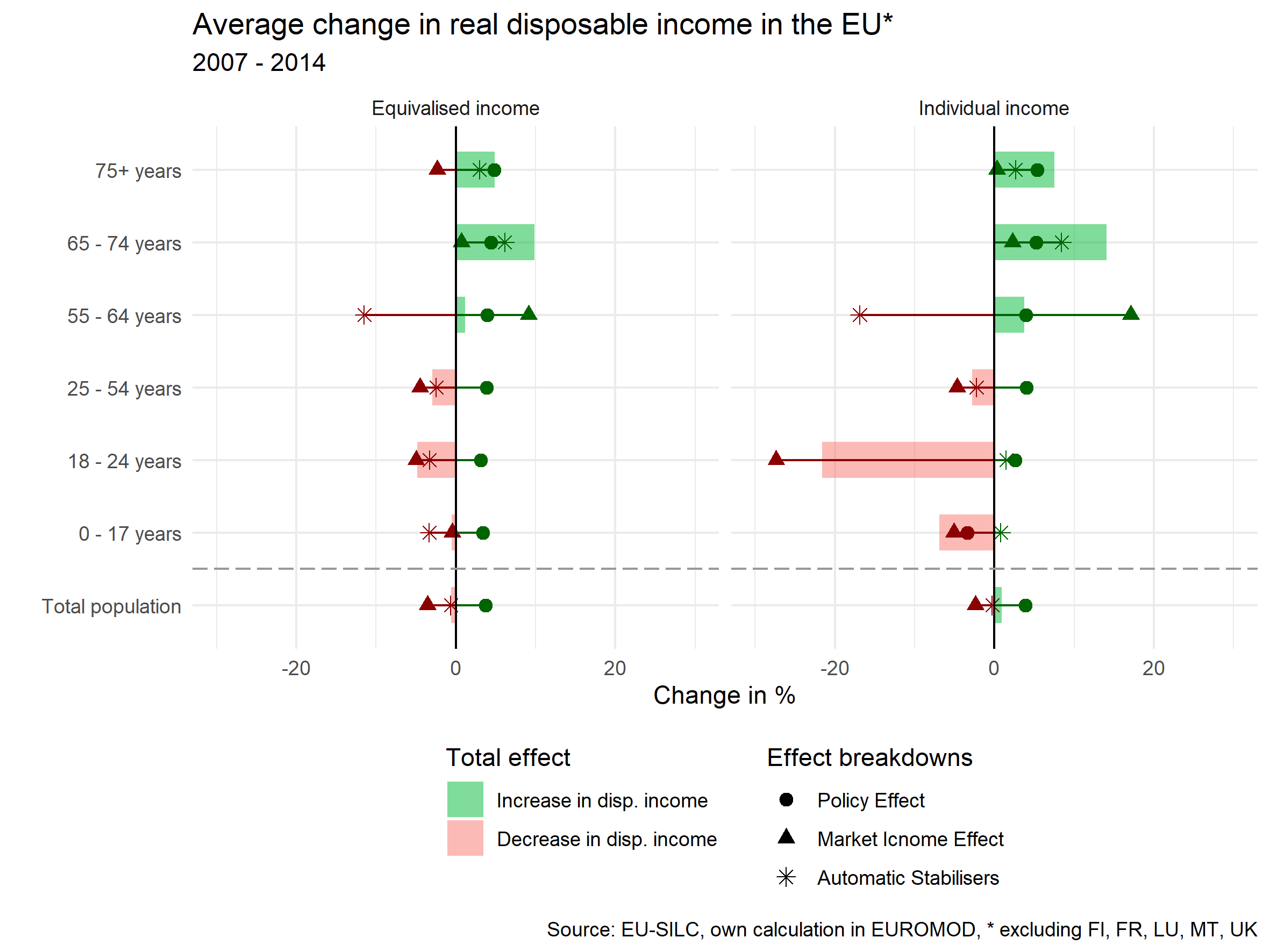 In addition, we used microsimulations to analyse what effects of different policy reforms would have had on the intergenerational distribution of income during this period. We find that an unemployment benefit for young adults with no qualifying period would have counteract the unequal growth in income. The combination of a tax on top income earners and financial support for households below the at-risk-of-poverty rate would have strongly reduced poverty and inequality while redistributing income from the prime-working age population (25-64) to younger and older age groups.