On 7 May 2019, the European Commission launched a new campaign "The EU helps fight discrimination at work". The EU has some of the most extensive anti-discrimination laws in the world and it prohibits discrimination in the workplace on the grounds of age, sex, disability, ethnic or racial origin, religion or belief, or sexual orientation (Council Directive 2000/78/EC). For everyone working in the EU, legislation guarantees entitlement to equal treatment in recruitment, working conditions, promotion, pay, access to vocational training, occupational pensions and dismissal. Persons with disabilities can request reasonable accommodation, which might include adjustments, technical solutions (e.g. installing ramps, or computer screen magnifiers), working arrangements (e.g. providing flexible hours, relocation to another office), training and awareness-raising measures.

Yet, many people are not aware of the rights and the protection EU legislation offers and are still discriminated in the labour market. In 2014, the Joint Report on the application of Council Directive 2000/43/EC of 29 June 2000 implementing the principle of equal treatment between persons irrespective of racial or ethnic origin (‘Racial Equality Directive’) and of Council Directive 2000/78/EC of 27 November 2000 establishing a general framework for equal treatment in employment and occupation (‘Employment Equality Directive’) concluded that "the main challenge now is to increase awareness of the already existing protection and to ensure better practical implementation and application".

Moreover, according to the Special Eurobarometer 437 on "Discrimination in the EU in 2015", the EU average among the study's respondents conceals wide national differences regarding awareness. However, even though there is increasing knowledge of the rights of victims of discrimination, almost half of the people would not be aware of their rights in the case of discrimination.

The European Commission therefore organised a set of actions to raise awareness among EU citizens who are facing or who may face discrimination at work, and who are not aware of the possibilities granted by EU legislation to fight such discrimination.

The objectives of the project were to:

The awareness-raising action was structured around two strands:

Magdi Birtha acted as Rapporteur at the national awareness-raising seminars and collected good practices in order to write a guidebook on the inclusion of persons with disabilities in the open labour market, including existing measures to provide them with reasonable accommodation.

How to put reasonable accommodation into practice - guide of promising practices 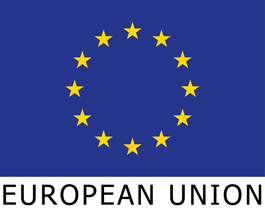