A new peer-reviewed article by Ricardo Rodrigues and Stefania Ilinca investigates the effects of reforms to the Austrian pension system in the early 2000s on informal care provision of older working age women. Results show that the increase in employment brought by the pension reforms was highly differentiated along education groups and resulted in lower educated women aged 50-64 being more likely to provide high intensity care in 2015 than in 2004, unlike women with secondary and tertiary education. In comparison, the overall probability to provide care has not changed significantly, irrespective of women's education. Both employment and informal care provision have become more segmented in Austria in the wake of the pension reforms of 2004. The article is part of the DET_CAREMIX project, funded by the FWF and ARRSn, and can be accessed here. 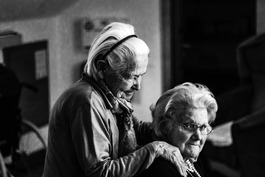