Struggles for and against commodification and individualization in European care regimes

Historically, states and societies have found different answers to increasing care needs, ranging from family provision, to publicly financed institutions and the market. In recent times, demographic and social processes put pressure on family-based solutions, while, simultaneously, states reduce or at least refuse to increase their expenditure on long-term care. However, it is important that these materialist explanations be accompanied by a focus on the ideological argumentation which underlies current welfare state changes, in which an economisation strategy (based on the imperative of individual choice) is often seen as both solution and aim. If the family (and historically, this means women within families) cannot and the state does not want to fulfil the arising care needs, is marketization the logical consequence? Are commodification and marketization of care desirable or even possible?

Starting from the normative concern that commodification can cause threats to well-being, recent policy changes in different care and welfare regimes were examined in order to identify possible logics and practices of marketization and commodification. Polanyi’s and Fraser’s concepts of commodification processes and in particular their discussions of “fictitious commodities” were used. It was shown that executing one’s own choice has been a fundamental component of most countries’ argumentation strategies for new legislation which means that an individualist, atomistic logic of the market has informed the design of policies and regulations.

The presentation argued that while these conceptualisations of commodification help to capture changes in the logics and practices of care, they are missing a crucial element that defines any affective labour: the moral dimension of what care actually means to people. Starting with an ideal concept of care, based on a productive rather than regressive nostalgic sketch, the moral dimension should compel us to imagine new forms of communal care that move beyond the market logic of individualization and choice. 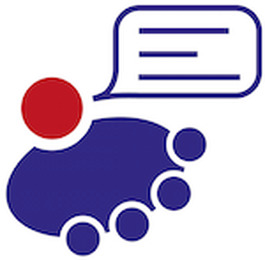