Birgit Riedel: Opening the market for childcare in Germany?

The German system of childcare is characterised by strong private, non-profit provision and local level autonomy. National policy reforms, beginning in 2005, have started to challenge traditional institutional arrangements and triggered the emergence of a host of service providers outside the spectre of the big welfare organisations. Birgit Riedel’s team empirically studied the new agents and policy articulation in childcare at a local level. Despite the paradigmatic shift in national legislation we identified local patterns which suggest a complex picture of competing logics and goals in the governance and provision of childcare services.

Birgit Riedel is a graduated political scientist who started her professional career at the European Centre for Welfare Policy and Research in Vienna in the area of LTC. After immigrating to Germany and several years as a researcher in the field of comparative childcare policies at the University of Giessen she became research associate at the department of Children and Childcare at the German Youth Institute (DJI). Since 2013 she is Head of the research area ‘Education and provisions of the welfare state for children’. Her research focuses on issues of access and governance of child care services in Germany and across different welfare systems. 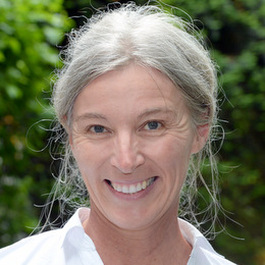