Socioeconomic condition of informal carers during the COVID-19 pandemic

Under the heading “Research in the time of Covid-19” we publish a range of blogs connecting our evidence, thoughts, new ideas, hopes and fears to the consequences of the Covid-19 pandemic for society, social research, labour markets, social and health policies.

Due to the challenge of combining care responsibilities with employment, informal carers are often vulnerable to reducing their labour market attachment, or leaving the job market entirely, and subsequently sacrificing income. With the onset of the COVID-19 pandemic and resulting employment cuts, informal carers may have been particularly vulnerable to deterioration in their socioeconomic situation.

Figure 1: Percentage of individuals that experienced a deterioration in their employment and income situation by carer-status and gender (%) 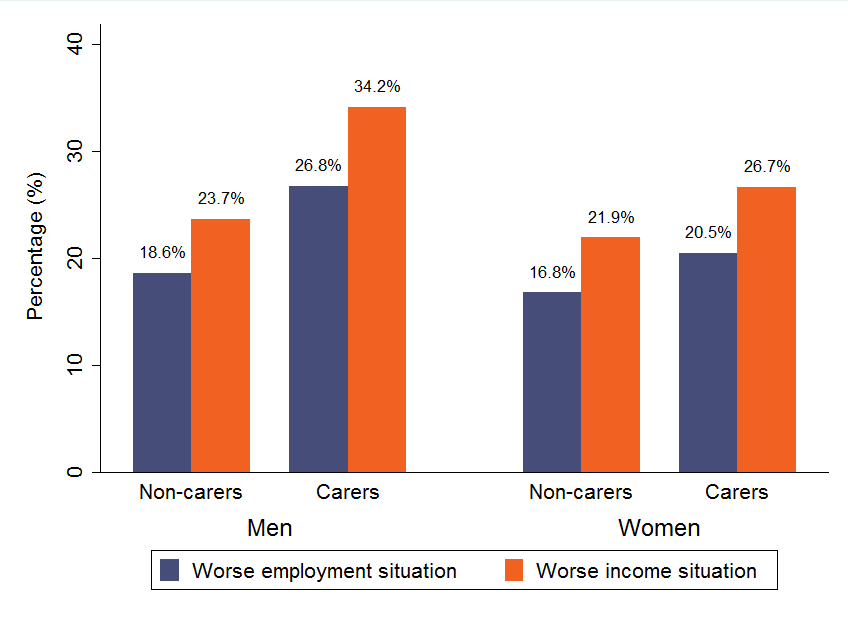 Figure 2: Percentage of individuals that experienced a deterioration in their employment and income situation by carer-status and age (%) 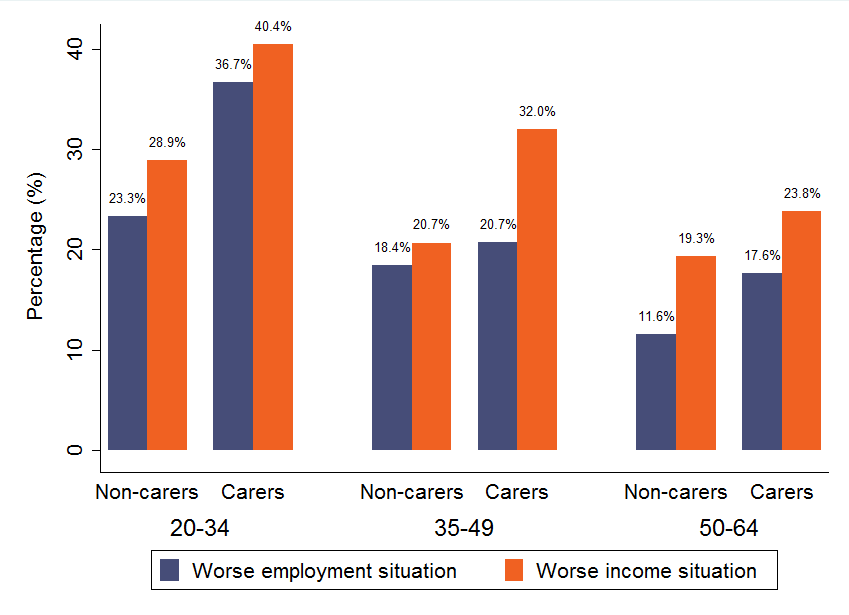 Informal carers may have thus reduced their hours in order to manage increased care responsibilities and competing priorities at the household level. At the same time, prior to the pandemic, informal carers may have occupied jobs that allowed for flexibility to accommodate their care responsibilities (i.e. part-time, self-employed), which were particularly at risk during the COVID-19 crisis. Men were more likely to experience declines in employment than women during the pandemic in Austria, albeit from a higher starting employment rate. This reduction in employment seems to have led more men to take on new care responsibilities to fill gaps in care services, resulting in a higher number of male informal carers. Similarly, the COVID-19 pandemic has exacerbated unemployment rates among younger individuals. Lower prior employment rates among those 50+, alongside younger carers occupying jobs with less stability prior to the pandemic, seem to explain the disproportionate impact on younger informal carers.

Entering the second wave of the pandemic, informal carers continue to be at risk of poverty and unemployment. Moreover, the financial difficulties experienced will tend to be exacerbated with the passage of time. These findings call for additional support services targeting informal carers to minimize the long-term effects of the crisis on their socioeconomic situation.

A pre-print version of an in-depth analsys on informal caregiving in Austria during COVID-19 is available here.